Nothing is so disappointing to an athlete than to lose playtime to injuries. Red light therapy can help with soft tissue injuries, sometimes in profound ways.

Athletic benefits of red light therapy include that it:

To see how red light therapy helps with soft tissue injury and DOMs, see my articles:

Proven red light therapy effects you’ll learn about in this article include:

These studies show how red light therapy reduces pain and inflammation of soft tissue injury, and speeds healing from sprains, strains and bursitis.

Red light therapy reduces muscle damage and inflammation, and increases strength after excessive muscle contractions, according to a 1985 study published in the Journal of Applied Physiology.

Inflammation is a healing response that backfires when allowed to fester for too long.

Chronic inflammation damages the tissue it is designed to heal, and is a source of discomfort and pain.

Researchers showed that pre-conditioning with 655 nm red light reduced the quantity and quality of muscle damage from excessive contractions[2].

Those rats that received tibial anterior muscle light therapy had more leg power and less inflammation than those in the control group.

The red light therapy increased the number of muscle contractions performed before injury and exhaustion.

Red light therapy increases muscle strength, and reduces muscle fatigue and injury, in amateur soccer players, according to 2019 study published in Lasers in Medicine and Science[3].

This effect decreases the chance of injury due to lack of stamina.

In this randomized and placebo controlled study, researchers delivered 300 joules of 880 nm infrared light to both thighs before a soccer match.

Players treated with infrared light had greater hamstring strength than players in the control group.

The treated players were 53% to 75% stronger than the controls, based on hamstring eccentric peak torque, hamstring-to-quadriceps torque ratio, and countermovement jump tests. Their legs were less fatigued, and less likely to fail.

The players treated with infrared light spent more of the game closer to peak strength than the control group.

They were less likely to injure themselves due to muscle failure.

Players receiving 275 J/cm^2 dose of 810 nm infrared to their legs had less cell damage and more oxygen than the control group members.

Pre-exercise infrared correlated with these results in the treatment group:

Athletes who improve oxygen metabolism have longer endurance during play.

The VO2 max is a measure of how much oxygen the body uses during the most intense exercise one can perform.

Red light therapy increases the VO2 max, which translates to longer endurance on the field.

This increase in oxygen metabolism gave their muscles more oxygen during play.

They took longer to tire out, and therefore were less likely to experience exhaustion related injury.

Red light therapy helps heal bruises faster, and reduces the pain they cause.

The area turns purple and black, and hurts to the touch.

If the skin breaks, then the contusion is also a “wound.”

Red light therapy helping to heal wounds is one of the oldest and most studied benefit of using this technology.

In the case of a contusion, the skin stays intact, but the muscle underneath is traumatized.

Red light therapy helps with the healing and the pain of damaged muscle.

Red light therapy reduces muscle inflammation and pain more effectively than NSAIDs, according to a 2013 study published in Photochemistry and Photobiology[5].

The researchers overloaded the rats’ tibialis anterior, a muscle that stretches from the knee to the foot.

One hour after the strain, they treated the muscle with topical diclofenac, intramuscular diclofenac, or 3 joules of 810 nm infrared red light therapy.

Red light therapy suppressed COX-1 and COX-2 as much as either type of diclofenac therapy.

The authors wrote: “We can conclude that LLLT has more efficacy than topical and intramuscular diclofenac in treatment of muscle strain injury in acute stage.”

Another study showed that red light therapy reduced the pain of ankle sprains by as much as 30.81%.

Red light therapy reduced ankle sprain pain by 30.06% and 30.81%, based on improvements in the McGill and Visualized Analog scale (VAS) pain assessment tests[6].

This study used 10 joules/cm^2 of 627 nm red light on 40 volunteers who had acute ankle sprains.

All volunteers received protection, rest, ice, compression and elevation. Then twenty received red light therapy, and 20 received a sham treatment for the next 6 days.

In addition to the perception of pain reducing about 31%, there was also significantly less bruising in the treatment group after 6 days of red light therapy.

Oxidative stress is a natural result of the inflammatory process, but which causes damage of its own.

Red light therapy has acts as a trigger for several antioxidant processes that stop the oxidative damage.

Those players had increased levels of superoxidase dismutase, a group of enzymes that turn free radicals into oxygen[6].

Free radical damage results in damaged “carbonylated” proteins, which lose their ability to function normally and are implicated in several diseases[7].

Soccer players who received the therapy had fewer damaged proteins than the controls.

Infrared light speeds athletic injury recovery time by up to 50%, according to a 2016 study published in the journal Laser Therapy[8].

The study followed 395 university athletes in this study had experienced a range of injuries, including:

While control group athletes returned to the field in an average of 19.23 days, athletes using red light therapy returned in 9.6 days.

For athletes who want to get back to play, red light therapy speeds up healing and reduces bench time. 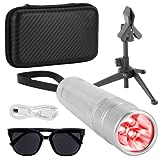 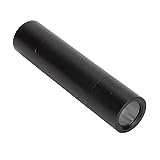 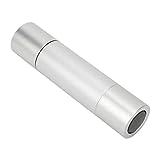 The Ultimate Guide To Red Light Therapy: How to Use Red and Near-Infrared Light Therapy for Anti-Aging, Fat Loss, Muscle Gain, Performance Enhancement, and Brain Optimization
$15.99
Buy on Amazon
SaleBestseller No. 3 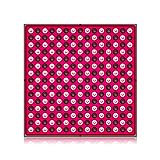 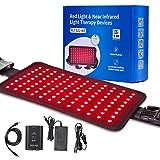 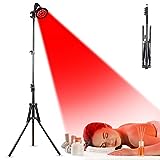