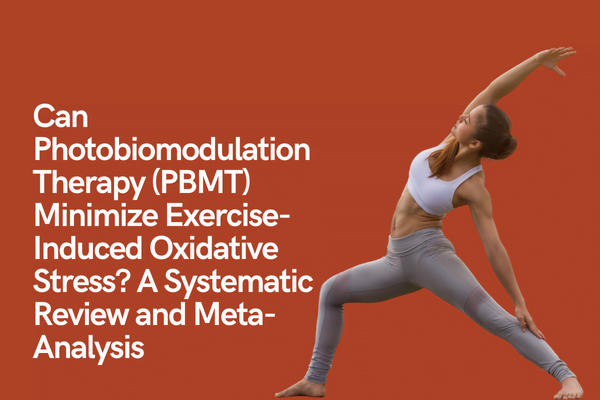 Oxidative stress induced by exercise has been a research field in constant growth, due to its relationship with the processes of fatigue, decreased production of muscle strength, and its ability to cause damage to the cell. In this context, photobiomodulation therapy (PBMT) has emerged as a resource capable of improving performance, while reducing muscle fatigue and muscle damage. To analyze the effects of PBMT about exercise-induced oxidative stress and compare with placebo therapy.

DATA SOURCES: Databases such as PubMed, EMBASE, CINAHL, CENTRAL, PeDro, and Virtual Health Library, which include Lilacs, Medline, and SciELO, were searched to find published studies.

STUDY SELECTION: There was no year or language restriction; randomized clinical trials with healthy subjects that compared the application (before or after exercise) of PBMT to placebo therapy were included.

DATA EXTRACTION: Data on the characteristics of the volunteers, study design, intervention parameters, exercise protocol and oxidative stress biomarkers were extracted. The risk of bias and the certainty of the evidence were assessed using the PEDro scale and the GRADE system, respectively.

CONCLUSION: Low to moderate certainty evidence shows that PBMT is a resource that can reduce oxidative damage and increase enzymatic antioxidant activity post exercise. We found evidence to support that one session of PBMT can modulate the redox metabolism.