Did you know there is a light therapy you can buy that clears acne? Another light therapy triggers the body to create collagen, the very stuff of firm, plump skin. Red light therapy is not just about red light. It is about red, infrared, blue, yellow and green light as well. The right light can heal wounds, repair bones, and reduce Alzheimer’s symptoms.

Using the right kind of light the right way is safe. It has no side effects. 1500 human studies back its usefulness in healing. Another 3500 animal studies support using red light for health as well.

Is Red Light too Good to be True?

If you have seen the red light therapy claims and thought, “How is this even possible, is this a scam?” you are not alone.

How did we not know about this before?

Up until recently, only doctors could perform light therapy, and they could use lasers.

Because these tools can blind you, medical laws prevent mortals from buying or using lasers.

Then something wonderful happened.

A researcher discovered he could get the same results with LED lights as he got with lasers.

Scientists have tested this theory over 5,000 times, and published results in scientific papers.

LED light works just as well as lasers at healing the body.

Light always could do these marvelous feats of healing.

But only doctors were allowed to use the lasers.

LEDs don’t hurt the eyes, which means there is now a consumer market for the healing energy of red, blue, and yellow light.

If You Get Nothing Else, Understand This

Light heals if you get the right kind of light in the right amount.

The amount of light is like your “dose” of red light energy.

Can I Use a Light Bulb Instead of a Therapy Device?

It is unlikely a light bulb would give you enough of the right kind of light to help you heal.

You are welcome to try, though, if you want to experiment.

You need two things to make a therapeutic lamp:

There is no assurance that a red light bulb emits the right kind of red light.

There is no harm in trying.

How Does Light Heal?

The body absorbs certain types of light. It uses the energy from the light to repair your body’s tissues. Just as if plants use light to grow, humans accept light to heal.

The body has about five responses to healing light. The best understood is the energy creation response.

Our skin has wavelength-specific light receptors. The receptors grab the light’s energy and hold onto it. The energy accumulates until it reaches a boiling point. All at once, the energy factories start cranking out the chemicals the body uses to function. That energy brings blood, oxygen and nutrients to wounds. It wakes up hair follicles to start making hair again. It induces fat cells to let go of their contents.

How is Red Light Such a Powerful Treatment?

Researchers believe they are getting these amazing results because red light wakes up the body’s energy factories.

When the body receives enough of the right kind of light, it starts pumping out energy chemicals all over the place.

The energy takes the form of blood and oxygen reaching and repairing damaged areas.

On top of the energy production, light therapy has triggers at least four other health responses.

The messengers ultimate reach the DNA, where powerful healing is possible.

Scientists speculate that the DNA kicks off a protein creation. This means that the light triggers the body to put together the building blocks of life.

That, in turn, reduces inflammation, prevents protein cell death, and turns on the anti-oxidants to protect the body from rusting out. (source)

What Does Red Light Heal?

Red light has an amazing record of accomplishment in the lab.

It grows hair on bald men and women.

While blue light is best for acne, red light can help clear the face as well.

In one study, researchers treated acne patients with two wavelengths of red light: 635 nm and 670 nm.

The patients got a very low dose of energy per session, but they got 112 treatments over a 2-month period (2 times a day for 8 weeks).

At the end of the study, the acne blemish count fell 51%. (source) (source)

In the next study, patients got much energy per treatment, but fewer (16) treatments overall (2 times a week for 8 weeks).

After 168 treatments (1x day for 24 weeks), the patients hair was growing it.

The hair was thicker and denser than when the study started.

The patients got a relatively lose dose of energy each session.

They got light treatment every other day for 16 weeks (60 treatments).

On average, they grew 37% more hair than the untreated women in the control group.

Red light really can melt fat. Over and over, studies show that red light triggers fat cells to get rid of their contents.

Before I tell you more, you must understand how this works to take advantage of it.

First, do not eat two hours before a fat burning treatment.

Next, use the light on the area of fat you want to lose.

If your gym has a vibration machine, you can use that instead of exercising.

You have to shake the release fat cells out of the area.

If you don’t exercise, the fat cells will just reabsorb the fat.

In one study, researchers treated patients with 635 nm light.

The patients received light from LED lamps embedded in wraps around their arms.

After two weeks of 3 sessions per week, the patients’ arm size reduced from losing fat.

That was just from a light wrap they used 6 times in two weeks.

In another study researchers looked at the treated fat cells under an electron microscope.

They took pictures of the deflated fat cells that had just let go of the contents.

A relatively low energy dose of 635 nm (red) light induced the fat release after only one treatment.

Older eyes can lose the ability to see color.

This is not a disease like macular degeneration or cataracts.

Vision loss is a normal part of aging. The eyes tire out.

The part of the eye that perceives the color blue loses its strength as we age.

In fact, it loses the very energy making machinery that red light knows how to trigger.

Researchers used red light (670 nm) to treat the dominant eye of both younger and older patients.

The red light did not make any difference in the younger subjects’ vision.

In the people over 40 years old, it did make a difference.

They gained back their ability to distinguish blue that they had lost due to aging.

While the patients were still on the operating table, the doctors shined 635 nm red light at the incision areas.

The total energy absorbed was a relatively low dose.

76% of the patients who had received the red light treatment reported at least 30% less pain than the control group.

These patients asked for and took less pain control medication as they healed.

Photo by Jimmy Chan from Pexels 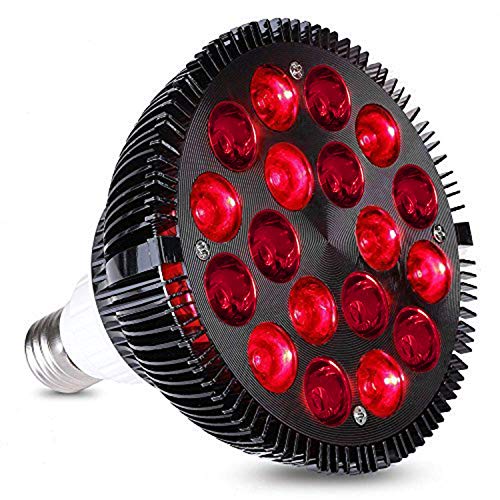 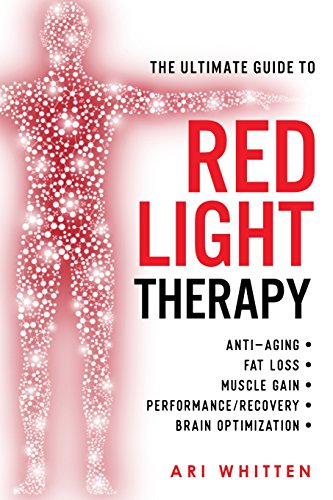 The Ultimate Guide To Red Light Therapy: How to Use Red and Near-Infrared Light Therapy for Anti-Aging, Fat Loss,...
$15.99 $14.39
Buy on Amazon Price incl. tax, excl. shipping
SaleBestseller No. 3 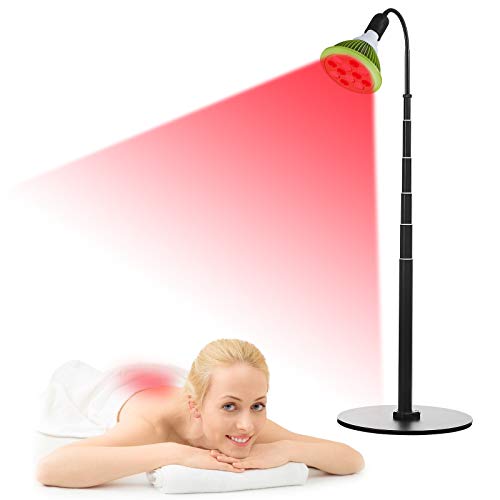