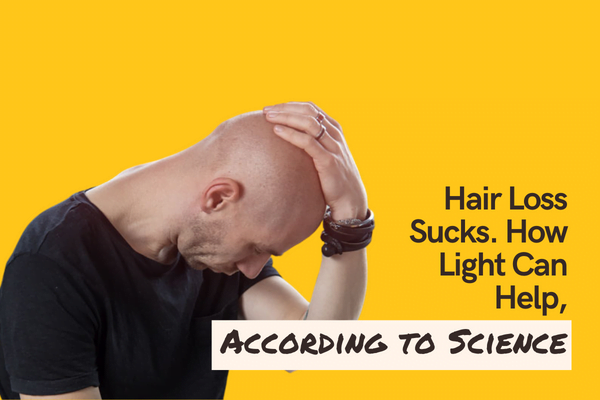 Hair loss is depressing. What therapy works well and has no side effects?

To date, the FDA has approved sports caps, headbands, laser combs and helmets for hair regrowth at home, without a prescription.

The precise mechanism for red light therapy’s effect on hair growth is not yet known, but there are several strong theories.

Red light therapy stimulates blood flow, which might have some part in its ability to trigger hair growth.

Red light therapy opens blood vessels by dislocating nitric oxide from the mitochondria to the blood vessels. There are thousands of mitochondria in every cell. They house the factories where biological energy is produced.

When the photons absorb in the mitochondria, they knock loose nitric oxide into the arteries. Nitric oxide triggers dilation, making the blood vessels larger. More blood, oxygen and nutrition reach the hair follicles.

The theory is that the hair follicles benefit from the blood, oxygen and nutrition supply.

The nitric oxide that the photons knocked loose had been inhibiting cellular energy production. With that nitric oxide out of the way, the mitochondria make more adenosine triphosphate (ATP).

In our trillions of cells, we have quadrillions of mitochondria making ATP cellular energy.

The theory is that red light therapy gives hair follicles the energy required to make hair.

There are multiple growth factors involved in the hair growing process[2].

Part of red light therapy’s effect on hair growth might be due to its ability to stimulate more growth factor activity on the scalp. A 2021 study published in The Journal of Clinical and Aesthetic Dermatology listed the FDA-approved options that also had published science to back their use.

LEDs were as effective as lasers at growing hair. 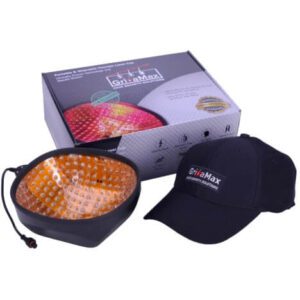 The authors of the meta analysis determined that the devices (listed below) worked equally well for men and women.

Below are the LED and laser configurations of the devices that successfully grew hair in the studies.

How Well these Devices Worked

Hair density is the amount of hair per square centimeter. The studies show that these devices significantly improved hair density on subjects’ heads.

This analysis included improvement details only for four of the devices. I’m not sure why so much data is missing.

Below are the improvements as stated in the meta analysis. If the hair density result is missing here, that’s because it’s missing in the original meta analysis.

Still, the results that are included are interesting, as they significantly improved hair density.

How Often These Devices Were Used for Hair Growth

The reported studies used the devices according to manufacturer directions. If you are shopping for red light therapy, this section should be helpful.

Normally you see a relationship between power and time. Powerful devices have shorter session lengths.

The relationship between power and time breaks down with these FDA approved hair growth devices.

Most devices come with instructions for 20 or 30 minutes of use per session. A few require much less time, despite not being more powerful.

I asked HairMax about the disconnect. Why didn’t devices with more light have shorter treatment times? I would think that a light with 272 diodes would offer a faster treatment time than one with 148 diodes.

The answer didn’t help much, it was a form of “it depends on how much hair you want to grow,” or maybe she said “how fast you want to grow your hair.” The conversation was quite a while ago.

If you are including time management in your shopping criteria, pay attention to the schedules below. The HairMax and Nutrastim combs, and the HairMax headbands have remarkably short treatment times.

How Long Red Light Therapy Takes to Grow Hair, According to Science

Red light therapy starts growing hair in as little as five weeks, but a 6-month schedule is much more realistic.

Red Light Therapy Grows Hair in as Little as 4 Weeks

Most studies report a period of 30 to 50 weeks to grow hair using red light.

A study published in Photobiomodulation, Photomedicine and Laser Surgery reports that red light therapy grew hair in only 5 weeks.

The researchers tested the effect of red light on 25 men with androgenetic alopecia. The subjects were 25 to 40 years old.

At different points in the study, the authors photographed the men’s hair. They gave the photographs evaluators to record hair density. The evaluators did not participate in the therapy phase so as not to bias their tallies.

A study published in Lasers in Medical Science reports that light therapy grew hair in only 4 weeks[3].

This research tested the effect of 417 nm blue light on hair growth.

After only 1 month, the hair density and shaft thickness increased in 90% of the subjects.

There were no adverse events. Weirdly, some subjects had darker hair after therapy.

The authors concluded, “Light therapy is a promising therapy for patients affected by androgenetic alopecia and other diseases characterized by hair loss.”

This research tested the effect of 417 nm blue light on hair growth.

After only 1 month the hair density and shaft thickness increased in 90% of the subjects.

There were no adverse events. Weirdly, some subjects had darker hair after therapy.

The authors concluded that “light therapy is a promising therapy for patients affected by androgenetic alopecia and other diseases characterized by hair loss.”

Red light therapy grows hair in 38 to 40 weeks, according to a study published in the Journal of Cutaneous and Aesthetic Surgery in 2021.

This study tested the effectiveness of an FDA approved therapy helmet. Subjects were between 18 and 40 years old and had mild, moderate and severe androgenetic alopecia.

The subjects’ ages ranged from 18 to 40 years old. They had moderate to severe androgenetic alopecia.

Authors concluded that those with mild androgenetic alopecia should use the helmet at least 133 times over 38 weeks.

Those with moderate to severe androgenetic alopecia should use the helmet at least 142 times over 40 weeks.

Women had good results, but the men’s results were better. Weirdly, those subjects who had dandruff, itchiness or a rash before treatment started had better results.

Red, infrared, blue and ultraviolet light stimulate hair growth. The science concentrates on red light, so we have the most evidence supporting its use.

In a 2022 meta analysis published in Dermatology Surgery, authors reported on 36 published studies that tested red light therapy on 966 subjects.

They did not report on red light for alopecia areata, or on ultraviolet for androgenetic alopecia.

Please be aware that ultraviolet can be harmful and is supported by only a small amount of evidence.

Alopecia areata is an autoimmune disease. The lymph system produces T-cells in and around the hair follicles.

A 2012 study published in Lasers in Medicine & Science supports using red light to grow hair[4], based on its success growing hair on mice.

Researchers studied the effects of the HairMax LaserComb on mice with non-scarring alopecia.

The sham group received the same treatment but with a device that did not emit the therapeutic light.

In a study published in the journal Photobiomodulation, Photomedicine and Laser Surgery, the authors tested the effect of red light on 25 men with androgenetic alopecia.

The men’s ages ranged between 20 and 54 years old. They received red light therapy twice a week for ten weeks.

At different points in the study, the authors photographed the men’s hair. They gave the photographs to “blinded” evaluators to record hair density. The evaluators did not participate in the therapy phase so as not to bias their tallies.

In a 2021 meta analysis published in the Journal of Cutaneous and Aesthetic Surgery in 2021[5], researchers reported that red light grows hair on men and women with androgenetic alopecia.

The authors gathered the 15 largest randomized controlled studies of red light therapy for hair growth. They consolidated the results to see what conclusions they could draw.

The authors concluded that red light therapy is a safe, non-invasive and effective treatment for androgenetic alopecia for both men and women.

Red light therapy is a non-invasive, safe and effective hair growth treatment available without a prescription for at home use.

Most devices require 20 to 30 minutes, but a few have very short treatment session times.


How to Buy Red Light Therapy for Hair Growth

Here are the devices mentioned in this article, below.

Red light is the most scientifically supported light to regrow lost hair, but infrared and even blue can also stimulate hair growth. Most studies on androgenetic alopecia (male pattern hair loss)...

HairMax makes caps, combs and bands regrow about 1/2 inch of hair per month. The principle of shining red light on hair follicles goes back to the 1960s. In four human and two mouse studies, the... 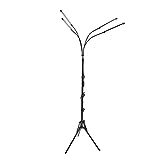 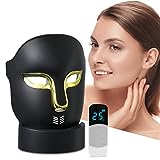 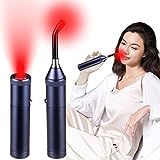 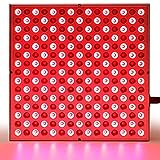 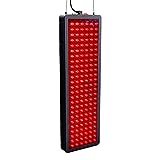 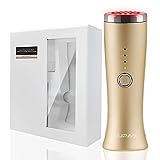 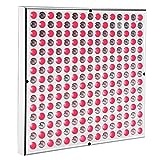 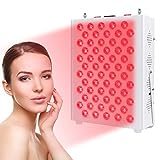