As a tall person looking to do red light therapy in the shortest amount of time, you want the largest panel from the best company. You’ve narrowed the choices down to LightpathLED Pro Series Large and the Mito Red Light MitoPro 1500. Which set of red light therapy panels should you choose? 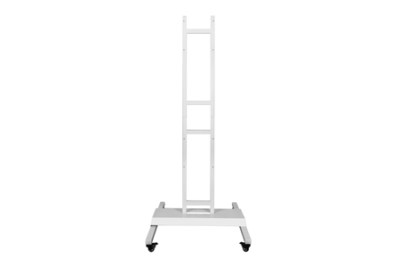 Mito has a reputation for wow-ing customers with high quality, bright therapy panels. LightpathLED products come with something you can’t get anywhere else: Advice from Scott Kennedy, light therapy expert and clinician. Nothing against Mito Red, but Scott gets my vote on this one. Everything else comes down to the product comparisons. Let’s look at how the Mito MitoPro 1500 compares to the LightpathLED Pro Series Large panel. 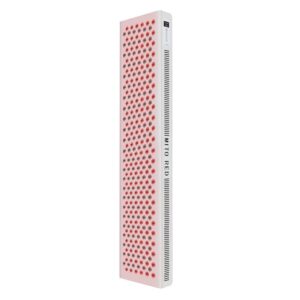 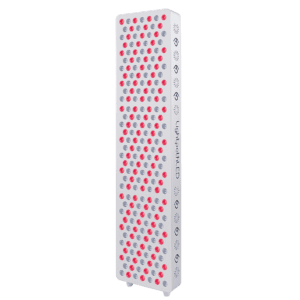 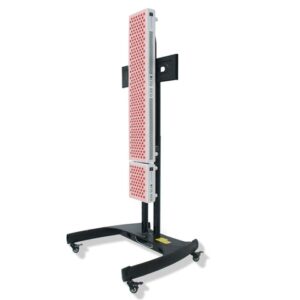 Few phototherapy devices contain 930 nm, so you might be wondering whether you need it. The science shows that this wavelength is effective for the treatment of nail fungus, and the healing of nerve damage. Nearby 940 nm has been found useful in bone healing [940], bone setting, cell proliferation, some redness reduction, and rheumatoid arthritis inflammation reduction. 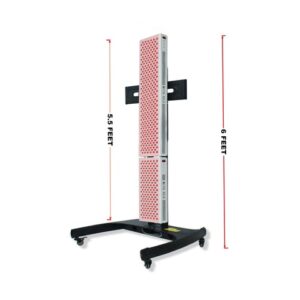 Aside: Which Pulsations Do You Need? 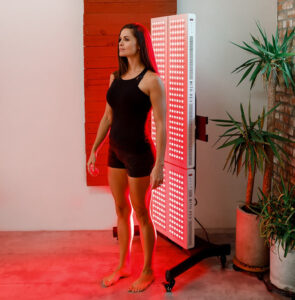 Whether pulsation helps red light therapy work better is still debated. One area that’s settled is the use of 10 Hz and 40 Hz for brain therapy. The brain likes to pulse at the same rate as the lights. Setting pulsation to 10 Hz helps the brain get into an alpha brainwave pattern. 40 Hz pulsation helps it get to a gamma pattern. Any entrainment up to about 50 Hz is theoretically helpful for any brain condition. This is because brainwaves represent underlying neurons all firing at the same time. The more neurons firing, the higher the brainwave amplitude. When used by people with dementia, a 40 Hz pulse adds amplitude to the gamma state, which tends to be an area that needs that extra help in dementia brains. 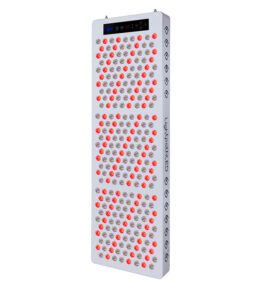 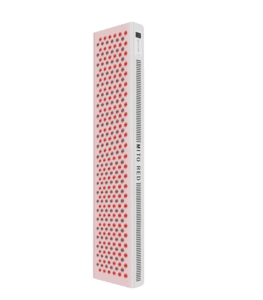 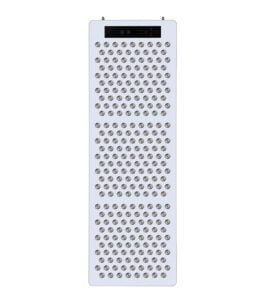 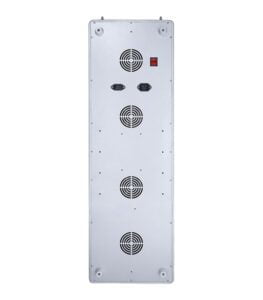 Aside: Why Use Time and not “Irradiance”?

Irradiance is the measurement of photons reaching the target. It’s also a measurement that’s rarely correctly reported in the consumer market. Time, distance and irradiance at that distance make up the dose per treatment. Those are the variables that go into photon dosage. The closer you are to the machine, and the more time you spend, the more of its photons will reach you. Realistically, it’s actually difficult to stand 6 inches from a panel. So if you were standing in front of a panel at 12 inches, quite a bit of the light would spread to your sides. That makes a longer treatment time, to make up for those missing photons.

The LightpathLED Pro Series Large and the Mito Red MitoPro 1500 are tied on multiple feature comparisons. They both allow wavelength isolation of running red or infrared without the other. They both include a door mount, a wall mount, and goggles. They are stackable and run through a daisy chain power connection. Each claims flicker free performance and zero EMF at 6 inches. Their warranties are 3 years. Returns are  accepted for 60 days; there are no restocking fees, and the buyer pays the postage for the return.

The LightpathLED covers 60 square inches less area than the Mito Red Light. The LightpathLED has the extra infrared wavelength of 930, which might add some healing benefits to your sessions. LightpathLED blows everyone out of the water (not just Mito Red Light) with its 10,000 pulsation frequency options. Both are good for the brain, but being able to pulse at 10 Hz and 40 Hz gives LightproLED the win here.

Beam angle, bulbs-per-unit and irradiance are easily mis-measured, but time-per-treatment says everything you need to know. In order to get between 20 and 60 joules of light, how long do you stand in front of the device? At 12 inches of distance from the lamp, LightpathLED is 15 minutes of treatment, and Mito Red Light is 20 minutes. While I gave the win to LightpathLED on this one, it’s possible I’m wrong. We don’t know the total joules of photons delivered in each case. So this one is a possible win for LightpathLED, or a tie.

The LightpathLED Pro Series Large red light panel goes for $924. Stack two together and Scott throws in the stand for free. The Pro Series Dual Combo is $1848. Subtract your EMFCHANNEL coupon discount, and your price is $1755.60. With this configuration, you have two panels, each 36×10 inches. Stack vertically for a 72×10 inch treatment setup, which amounts to 720 square inches. Bottom line: 720 square inches of therapy for $1755.60.

Get discounts and coupons on red light therapy and photobiomodulation gear.

END_OF_DOCUMENT_TOKEN_TO_BE_REPLACED

The Shortcut Guide to Choosing a Light Therapy Device

In the tables below, find the condition you want to treat with light therapy. Look at the “Best Colors” for that condition, based on successful scientific studies. On the next line, view the type of light that works best for that condition. The devices are listed in order starting with the best.

END_OF_DOCUMENT_TOKEN_TO_BE_REPLACED

The Complete Guide to Choosing a Light Therapy Device

Use the guides below to narrow down the COLOR LIGHT for your condition and the DEVICE TYPE that fits that part of your body.

END_OF_DOCUMENT_TOKEN_TO_BE_REPLACED

How to Buy Light Therapy

Answers You Need to Be a Confident Red Light Therapy Buyer

Out of 5,000 red (and blue, infrared, green and yellow) light studies in the past 50 years, the vast majority support light therapy as a reliable healing modality. Red light therapy can heal so many problems because it stimulates the body to make energy. Rather than acting on the wrinkles or acne, or pain, it stimulates the cells to make the energy required for the body to heal itself.

END_OF_DOCUMENT_TOKEN_TO_BE_REPLACED

You can buy a heavily marketed 36″ high therapy panel for almost $1200, and it does not even come with a door mounting kit. While there is a science to good LED devices, you don’t need rocket surgeons and brain scientists to build a good panel. Let’s compare the expensive box to a Bestqool Y-200. I’m about to save you a whole lot of money.