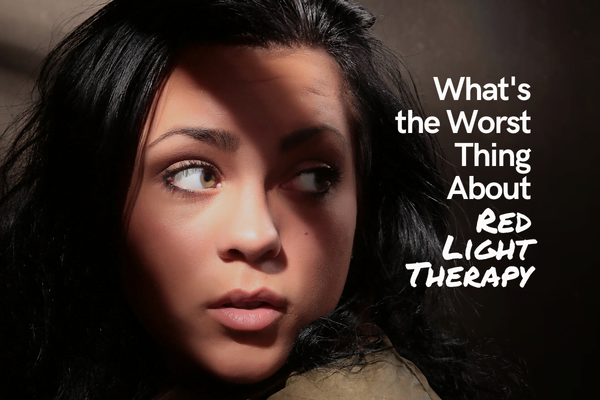 What’s safer and lasts longer than a Tylenol for pain relief?

The worst thing about red light therapy is that there is a tiny possiblity that it can, in some situations, make cancer worse. The exception occurs mainly in the test tube, and not in humans.

I was once on a job interview for a programming position. Five people interviewed me before the classic question finally came up: “What is your worst quality?”

I came prepared for this question and confidentially said, “I work too hard.”

I’d answered the “worst quality” question this way in the past with great success. “Ha ha ha, I see what you did there,” was the usual response.

But not this time.

“You work too hard?” This wasn’t a question, though. It sounded like a question on the outside, but on the inside, it was a demand to offer up a real fault, my actual worst quality.

My mind went blank. I should have said, “Yes, I could manage my time better, I spend too much time on things that don’t matter,” and that would have answered the question.

Again, the hiring manager replied with a contemptuous and frustrated repeat of “You work too hard?”

I was sure we had just done that. We were in a vicious cycle, circling the bowl, as it were.

I could have said, “I stay late at night, and then can’t work well in the morning, I don’t manage my time well,” and that would have answered the question. But he was frustrated and my mind was blank, so I said, “Yes, that’s my answer. I work too hard.”

This back and forth went on for what felt like an hour and a half. It was probably 2 minutes. Finally, because this stupid conversation was the only issue stopping them from hiring me, the hiring manager let go of his obsession. He offered me the job.

What if Your Answer is Too Good to be True?

The first time I listened to Dr. Hamblin ask this question, I was surprised when he said, “I wouldn’t worry about that.” Red light therapy, he said, “is a very effective therapy for cancer treatment side effects such as mucositis,” which are mouth sores from radiation therapy.

My thought upon hearing this answer was that just because red light therapy helps with cancer therapy side effects, that doesn’t make it safe to use around tumors.

The next time I was at a conference and this same question came up, Dr. Hamblin’s answer had changed.

“You might need to exercise caution right at the area of the tumor,” he said. “Because the therapy increases cell proliferation, which is something we want to avoid in this case.”

For almost 60 years, red light therapy studies showed that this technique has fantastic benefit with no side effects.

That stunning combination of tremendous benefit and virtually no cost is unlike any modality you could name.

Even supposedly safe Tylenol kills thousands ever year from the liver damage it creates.

How can red light therapy be such a success with such little downside?

Light is not a drug, and this fact is tremendously important to understanding the pros and cons of red light therapy.

Mammals, including humans, use blue light to regulate or circadian rhythms, telling us when to wake and when to sleep.

We use ultraviolet light to make vitamin D, a hormone in which virtually everyone away from the equator is deficient. The lack of vitamin D correlates with multiple sclerosis, fibromyalgia and depression.

Light doesn’t go into a cell to break one process in order to enhance another, thereby creating a workaround to disease and pain.

Light energizes the cells, it allows the blood to flow, and these hugely beneficial activities allow the body to heal itself.

It is because light is fundamental to mammalian life that red light therapy has virtually no side effects. I say “virtually,” because there are some contraindications, and because a light overdose can be problematic for some people. Neither of these are technically “side effects,” but we do need to put them into the “worst quality” bucket, and examine what they are.

“Worst” quality is dependent on your financial and health situation, but we can probably put “unwanted cell replication in already cancerous patients” as red light therapy’s worst quality.

I am referring to using red light on an existing tumor. If you point a red light therapy device at a cancerous area, you run the risk of increasing cell replication in that area.

Because cancer already is a case of unwanted cell replication, the red light ceases to be a therapy and turns into a menace in this case.

Dr. Hamblin reviewed the literature in 2018 (Photobiomodulation and Cancer: What Is the Truth?

). He concluded that red light therapy alleviated cancer therapy side effects and has been shown to reduce tumors rather than promote cell proliferation.

Oral mucositis is the onset of sores and sensitivity in the mouth from radiation therapy. Acute radiation dermatitis is the burns and skin cells death that emerge within three months after radiation. Dysphagia is difficulty swallowing, a common side effect of cancer therapy. Osteoradionecrosis is bone death from radiation therapy. Peripheral neuropathy is nerve damage causing pain, discomfort and normal function breakdown of processes such as urination and digestion.

Red light therapy eases the pain of these side effects. Here are just a few of the many studies showing this effect.

Some studies found that red light therapy reduced cancer, but at least one study found that cancer got worse in the presence of this red and infrared light. 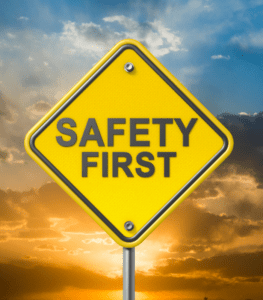 A high dose of 150 joules correlated with longer survival rates. When irradiance (energy delivery) is too high, the oxidation peaks, causing damage. So higher energy red light therapy is potentially more of an issue than true low energy therapy. It’s important to re-emphasize that red light therapy is “low energy” delivery of light. Very powerful panels might give you faster treatment but could be teetering on a level that is too high to be healthy.

We Don’t Know, So Be Careful

The big question really is: “Does the use of red light therapy against cancer or cancer therapy side effects cause cancer proliferation?

Clearly the worst quality of red light therapy is that it works too hard.